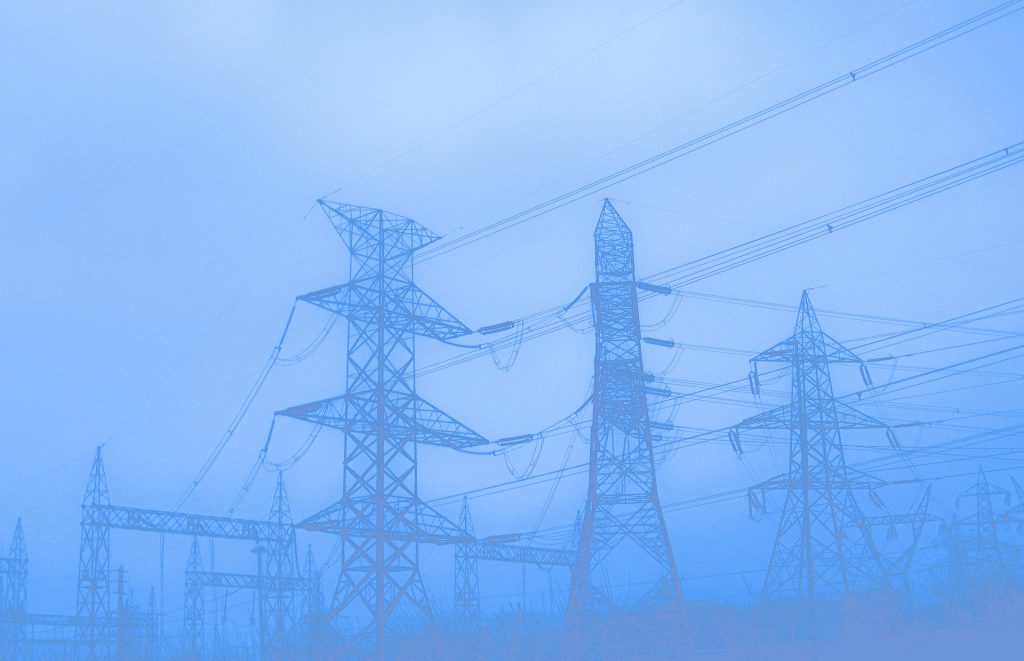 Posted at 10:48 in Flood Resilience by Rene Willemsen

From the effects of uncharacteristically high rainfall and flood severity to the growing interdependencies apparent in Britain’s infrastructure, it’s clear that the UK is becoming increasingly vulnerable to risks and the collateral damage they cause.

Summarising the contents of a forthcoming government report on the UK’s vulnerability to flood risk, a recent BBC article highlights these concerns, concluding that decision-makers are yet to grasp the full extent of environmental risks and, more importantly, are generally unprepared to deal with them.

The importance of comprehensive protection and resilience measures are emphasised and the report is set to call for the stockpiling of barriers as means of protecting sub stations, water works, hospitals, ambulance stations and telecoms centres in the short term.

However, in a climate plagued by growing uncertainty, short term measures barely function as the absolute minimum. The facts that have previously guided the UK’s resilience efforts are no longer a reliable prediction for what is going to be a very sobering future.

What Britain needs is a new way of thinking; an approach built around long term holistic resilience. One that takes a variety of environmental and economic factors into consideration, as well as the vulnerabilities caused by interdependencies between networks.

In order for the UK to adopt this way of thinking, we must first remove the rose-tinted glasses and naive optimism that has fuelled our collective vulnerability to floods and environmental disasters. To do this, we need to take a long hard objective look at the research, emerging trends and the figures and see them for what they are.

A great place to start is with the Committee on Climate Change’s 2017 UK Climate Change Risk Assessment. Summarised below are four key implications on UK infrastructure that the risk assessment brings to light.

1. Flooding Is The Most Significant Climate Change Risk To Infrastructure

Climate change is influencing both the severity and frequency of the environmental risks facing Britain’s infrastructure. Of these many growing risks, flooding is the most significant.

For instance, an average temperature increase that approaches 4°C is almost certain to have severe flooding impact that may not be mitigated despite adaptation and resilience strategies.

For example, damage caused by river, coastal and surface water flooding. A 4°C rise will markedly increase any damages caused by flooding and water ingress to assets (such as transformers), especially among those with poor resilience and protection measures in place. In fact, in instances where this increase occurs, there are almost certainly going to be potentially irreversible impacts to the natural environment. These could pose further threats to infrastructure in the future.

While the Paris Agreement (which will see 195 nations attempt to limit temperature rise to 1.5°C) is undoubtedly a positive step in the right direction, it still offers little solace.

Even if fully implemented, the current commitments to reducing emissions are estimated to lead to a 2.7°C rise. At this temperature, research suggest that 20-50% more hospitals, roads and railways would be at significant flood risk, contributing to what is an estimated doubling of the UK’s annual flood damages.

Even with temperature increases limited to 2°C or less, the research shows that high magnitude impacts are likely for the UK. 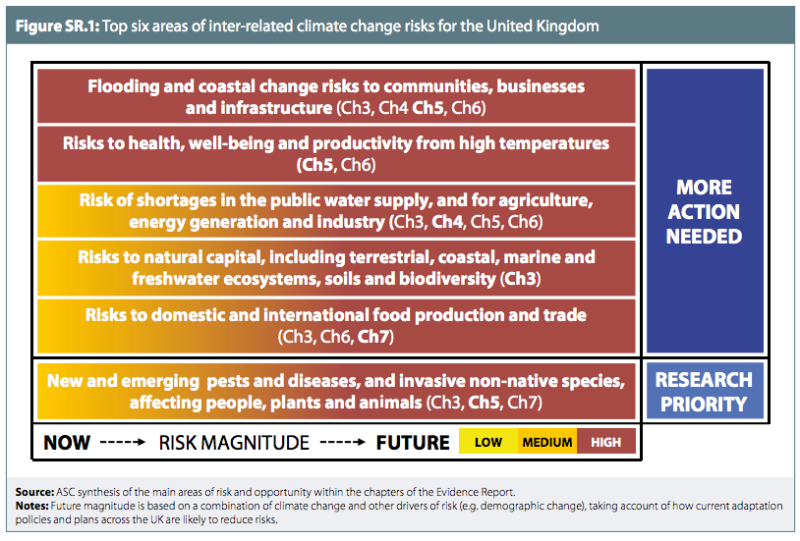 Not all risks examined in the report are necessarily the result of climate change, and it is important to note that while flooding is the most significant risk, there are other risks UK infrastructures need to protect themselves against,

Research has found that insufficient or poorly thought-out land management practices are inadvertently exacerbating flood risks. To combat this, the risk assessment is calling for a wider uptake of natural flood management in high-risk catchments.

In addition to flooded substations and reduced electricity generation capacity, there are also non-flood related risks to infrastructure assets and networks that need to be considered.

3. Businesses Must Develop Their Own Adaptive Strategies For Mitigating Climate Change Risks

Defined in the risk assessment as the ability of businesses to “adapt given their size, resources, location, sector, regulatory framework and information”, adaptive capacity is crucial to developing the flexibility and resilience necessary to mitigate the growing risks posed by climate change.

For instance, limited capacity can lead to inadequate knowledge, skills and resources within key functions, which can then also limit the effectiveness with which organisations can protect their key assets.

Another barrier to sufficient protection is cost, or rather, the lack of willingness to accept the front-loaded costs incurred by investment in resilience measures. Coupled with shortages in capacity, this misguided frugality can lead to ineffective “change at the margin”, often at the expense of more fundamental and ultimately beneficial changes that are considered too “difficult, expensive or risky”.

For organisations that adopt this approach, the irony is that this is actually more costly in the long run, bringing me to the final point.

4. The Eternal Improvement Approach Is Key For Infrastructural Resilience

It is clear from the findings of the risk assessment that for communities, business and infrastructures, more action must be taken to mitigate flood risks.

And while the document delves into great detail about how this can be achieved on a technical level, I believe we are facing a problem that is bigger than any one-off practical solution. What is really important here is the underlying approach and philosophy that guides decision makers when tackling these risks moving forward.

Today, risks are evolving at a rate in line with technology (if not faster). True protection is no longer a matter of installing some barriers and crossing your fingers. Today’s environment demands a much more holistic, considered and proactive approach to protection.

What we must do is apply an eternal improvement approach. We must move away from regular preventative maintenance, and move toward planned improvementmaintenance where planned, incremental improvements and risk assessments are made indefinitely, every day, every week, every month and every year.

To paraphrase James P. Carse’s book, ‘everything in life is either finite or infinite’, with the latter requiring ongoing, unrelenting effort.

I believe that to effectively tackle the evolving risks we face, the UK needs to adopt the eternal improvement approach, and this means we need to see resilience for what it is: an infinite game.